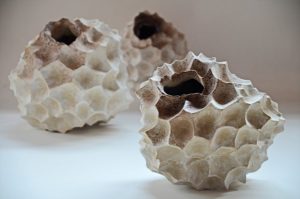 The Abscondita Veritas ceramic sculpture project has as its central pivot a sofa, Morfeo, elaborated with waste material of ceramic fragments of Faenza, around which various human figures are placed elaborated with terracotta and stoneware interspersed with other sculptures of different meaning, but all in a function of giving back life and meaning to what is commonly considered a surplus.
There are nine artists who present a complex work to give new identity and value to forms that apparently have exhausted their life cycle risking the provision or landfill. Morfeo’s skin is made up of ceramic fragments that want to synthesize an environmental drama and through its catharsis indicate, therefore, an overcoming and a re-start. 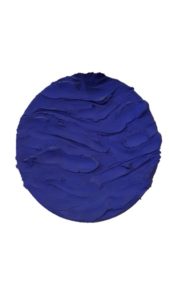 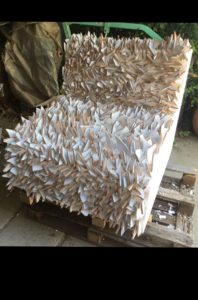